Development and implementation of a new governance and organisational structure

Background
Our client was a traditionally family owned business and was acquired as the German subsidiary of a French public trade cooperation. As a consequence of the integration into the French cooperation, a new governance and organisational structure needed to be implemented. ANXO was assigned to this task.

Approach
For medium-sized companies, the integration in an international group often comes with the reorganisation of existing company structures. Such changes are usually characterised by personnel changes, either partially or directly affecting the Executive Committee. Therefore, the involvement of the relevant executives as well as all employees is the key factor for the success of the implementation. Additionally, appropriate and regular internal communication is essential. To ensure this, ANXO acted as the independent advisor and sparring partner.
Initially, interviews were conducted with the affected managers, including the members of the Executive Committee. Jointly with the new CEO, concepts were first developed and were subsequently discussed, optimised and agreed with the new management team in workshops.
In order to appropriately communicate the change process, ANXO supported the internal communication activities. This included Townhall meetings, Video Conferences, Emails, etc. To strengthen internal communications for the entire company, a comprehensive list of frequently asked questions (FAQ) was developed.

Outcome
The new governance structure has been successfully established. The interviews and workshops have provided the needed acceptance of the new Executive.
The internal communication strategy and its neat handling provided the appropriate information base and transparency during the entire change process. 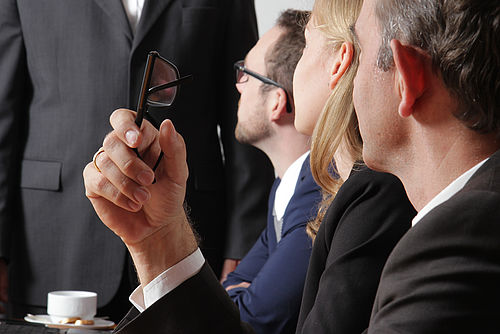